American Harvard Psychiatrist, Chester Middlebrook Pierce first coined the term racial microaggression in the 1970s to refer to automatic and often subtle “put downs” directed toward African Americans (Dr. Pierce is currently Emeritus Professor of Education and Psychiatry at Harvard Medical School). In 2007, Columbia professor Derald Wing Sue, who is recognized as one of the most influential scholars focusing on the study of racial microaggressions, expanded on the work of Pierce and colleagues, and proposed a conceptual framework of how racial microaggressions manifest in the everyday lives of people of color. Dr. Sue defined racial microaggressions as, “Brief and commonplace daily verbal, behavioral, and environmental indignities, whether intentional or unintentional, that communicate hostile, derogatory, or negative racial slights and insults to the target person or group.”

a) It is not the “old fashioned” Jim Crow type of racism that is most hurtful to Black Americans, but the new contemporary and subtle forms of racism known as racial microaggressions. Despite the election and re-election of an African American male president, we are not living in a “post-racial” era.

b) They are subtle, insensitive, automatic and sometimes unconscious verbal, non-verbal, and/or visual insults and indignities directed towards Black American people or people of color.

c) They  are quick, everyday interactions that send hurtful, denigrating messages to Black  Americans and other people of color that implies that: * they do not matter;*they are not valued or respected; *they are lazy; they are unintelligent; *they are invisible; *they are always aggressive and angry; *they are criminals and should be feared at all times; *they are dangerous and a threat to society;  *they are sub-human and demon-like; *they are all the same; and that *they are second-class citizens.

e) Racial microaggression can be invisible, often overlooked, and sometimes unconscious. However, they can be very damaging, and could create lethal consequences for the recipient. The most lethal and extreme example of the consequences of racial microaggressions, came in the case of Officer Darren Wilson and his reaction when he saw Michael Brown:

f) Perpetrators of racial microaggression are often well-intentioned Whites in American society who are unaware of the highly charged racial situations. They are often the product of America’s complicated history with race and still harbor racial biases and display discriminatory behaviors towards Black Americans in all areas of society, including education and employment.

g) Racial microaggressions could be challenging for all involved because of the clash of racial realities; the racial reality of Black Americans is different from that of White Americans. In some cases, when the victim confronts the perpetrator about the racial microaggressions that they have just experienced, the perpetrator’s responses run the gamut from, pointing out that he or she only meant the slights as a compliment, to claiming that the comment was merely a joke. Further, the perpetrator sometimes accuses the recipient of being too sensitive when they are offended by the comment or action.

h) Many of the perpetrators of racial microaggressions blame the victim…”If only Black people worked harder, they would be successful,” or, “Not everything is about race.”

i) Racial microaggressions create psychological harm for Black Americans manifested in symptoms that include, depression, paranoia, anxiety and PTSD.

j) Racial microaggressions create physiological harm for Black Americans. According to Adewale Troutman, MD, Director, Louisville, KY Department of Public Health & Wellness, and S. Leonard Syme, Professor of Epidemiology, UC Berkeley, there are significant effects of racism on the health outcomes of people of color. Through research, Dr. Troutman suggests that,  “If you are African American, no matter your social status; your health outcomes are going to be worse than that of your White counterpart.” He goes on to state that African American’s die earlier than Whites and have higher rates of medical diseases such as diabetes, hypertension, high blood pressure, and coronary artery disease. Dr. Syme adds that, “Hyper vigilance and the burden of constantly being on guard (as a Black American) over time, changes biological markers that make people vulnerable to getting sick.”

k) Racial microaggression is often downplayed, ignored and/or dismissed as a legitimate issue, and many White Americans question the existence of racial prejudice and discrimination, particularly when the country elected a Black President twice in a row.

16 examples of Racial Microaggressions (These are examples of actual experiences of many Black Americans):

1) “You should be proud of yourself. You are not like the rest of them; you are a credit to your race.”

2) “You sounded so different on the phone; you were not what I expected.”

3) “Sorry, I thought you were the nurse, not the doctor.”

4) “You guys must be really happy now that Obama is president, there should be no more excuses or complaints from you people.”

7) “That was really a great class, Dr. Smith, but next week, you may want to think about doing a role-play to demonstrate your examples because I learn better that way as a student…I’m just saying.”

8) “Hey, I’ve been stopped by cops before, just driving and I didn’t make a capital case about it. Not everything is about race.”

9) “Why does every Black person pull the race card whenever they are backed into a wall? Many of the seemly racially motivated bad experiences they have experienced, I’ve experienced some of them as well, and besides, if it quacks like a duck and walks like a duck, well, it’s a duck!”

10) “People are people. I really don’t see race or color in this situation.”

11) “Do you think your stress is from something else instead of your everyday racial experiences?”

12) “The President of the United States is Black. I really don’t see where all this racial angst is coming from. Why are you people still so angry?”

13) “How do Black people feel about…?” (Fill the blank with every issue relating to Black society- as if they are the spokesperson for all issues concerning Blacks in society).

14) “Wow, you listen to Radiohead, and you actually know who Beck is? I though Kanya West and Jay-z would be more your speed.”

15) “You have a nice home, you drive a nice car, and you are living the ‘American Dream’ what else do you have to complain about? You are doing better than most Whites…but you always complain about your poor treatment because of your race. Look at everything that you have…what is the problem?”

Following the acquittal of George Zimmerman in the Trayvon Martin case, President Obama gave a speech to the public. Although he did not mention it by name, many of the experiences President Obama describes here are racial microaggressions:

“Artists are the gatekeepers of truth. We are civilization’s radical voice.” – Paul Robeson

What can be done about Racial Microaggressions?

b) Understanding that race matters in the United States, and that racism and injustice hurts ALL of us.

c) Improving our education and training surrounding cultural sensitivity in an effort to combat acts of microaggression.

d) Engaging in Appropriate Planning & Action about racial microaggression, which includes facilitating and encouraging open and honest discussion on the subject of race, culture and microaggressions with different races. Again, the goal here is to create awareness, understanding, healing, and appropriate action, leading to a more socially just and culturally sensitive nation.

“We must be willing to let go of the life we PLANNED so as to have the life that is waiting for us.”~ Joseph Campbell 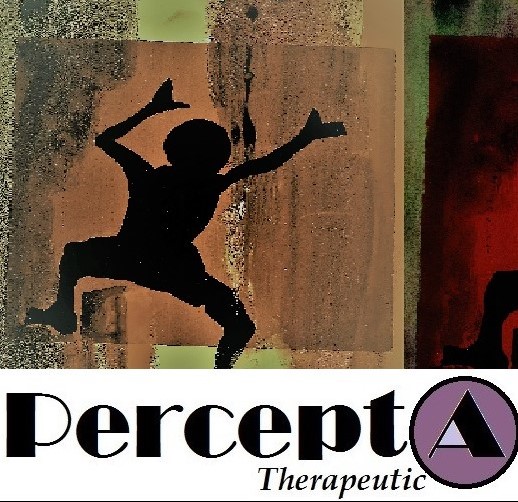